This is a great seasonal recipe for maple syrup fans. Not as cloyingly sweet as the ubiquitous butter tart, they are made with pure maple syrup and walnuts, although other nuts, fruit or nothing at all can be added. Less than one cup of syrup makes two dozen small tarts.

Maple syrup season is just winding down now. We got an early start this year, and the quality of the syrup seems better than ever – either that or we are just becoming pros. I still have some to use up from last year so decided it was high time to invent some recipes.

Most recipes for maple tarts use a combination of white and/or brown sugar along with the syrup, but I wanted mine to be pure maple. Even so, I didn’t use that much, a mere 200 ml,  and the flavour of maple is so much better on its own. Some recipes also called for flour or cream, neither of which I wanted. So the recipe I came up with is as simple as it gets – just syrup mixed with eggs, a splash of cider vinegar to cut the sweetness, and walnuts. A really good pastry is a must, but whatever crust pastry you like would work well. I have been following a recipe from Married with Cauldron, much the same as mine but I find it is actually easier and better with the measurements given in weight rather than volume. I also replaced a bit of the water with lemon juice. 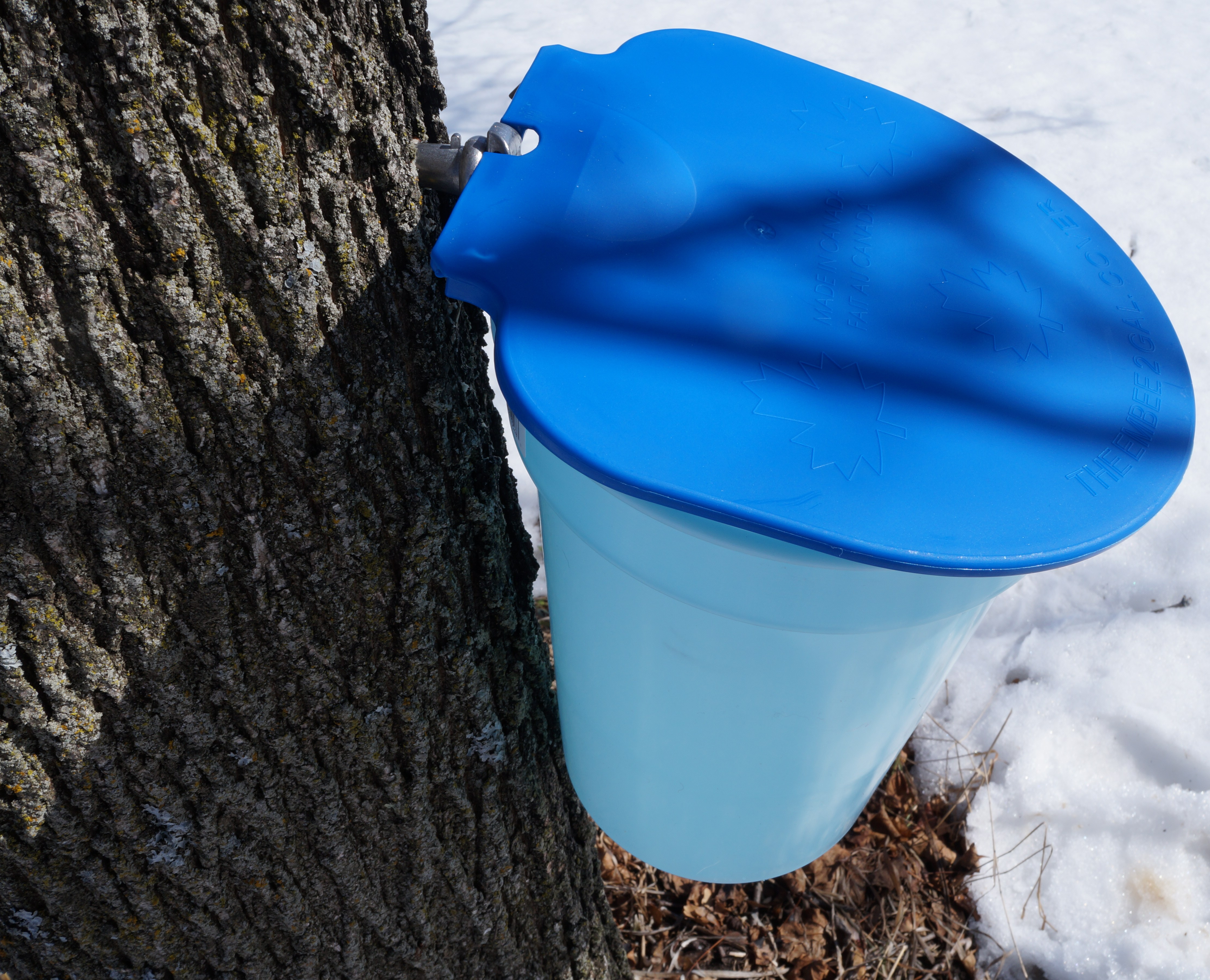 Cut the shortening in the flour and salt until you have a crumbly mixture. Gradually add the cold liquid, stir and pull together into a ball. Cover and refrigerate for an hour before rolling out on a lightly floured surface. Cut into rounds, set them into muffin tins and chill in the refrigerator while you make the maple filling.

Beat the eggs well. Add the syrup and vinegar and beat again. Place walnuts (chopped or whole) into the chilled tarts, then fill with the syrup mixture. Bake in a 350 F oven for about 30 minutes. 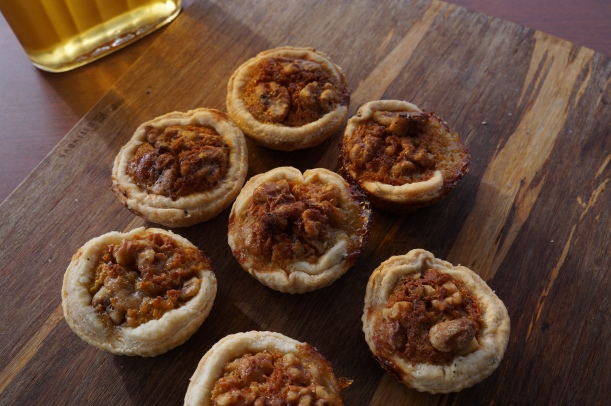