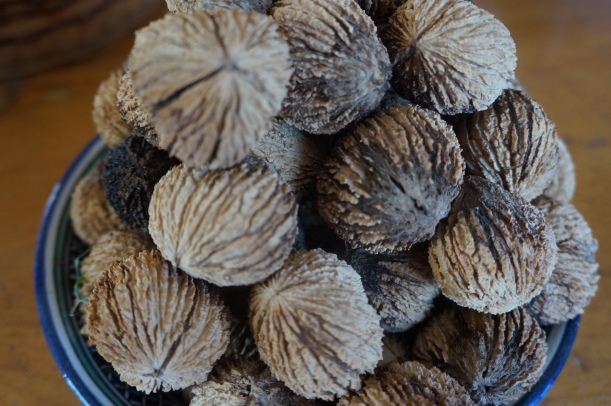 Some time ago I wrote about using black walnuts, and at that time I promised some recipes, but nothing happened. I’m not sure what I did with that first batch, but as I received another gift of fresh local nuts (thank you David) I have been giving a lot of thought to how to use them. Because they are either expensive to buy or labour intensive to harvest, I was thinking of recipes where a little would go a long way. Infusions seemed a good idea because if you have trouble separating the nut from the shell and you accidentally a few bits of shell get past you, you won’t have to worry about cracking your teeth. You can read about characteristics, identification, harvesting and shelling in my first black walnut post.

This time I found shelling them much easier. I presume practice is the key, but a few gentle raps with a heavy mallet eventually weakens them to the point where they really just do fall open and the nut is relatively easy to extract. After my smashing success I have been able to use them in baking with impunity. The smaller bits I have set aside for infusions. 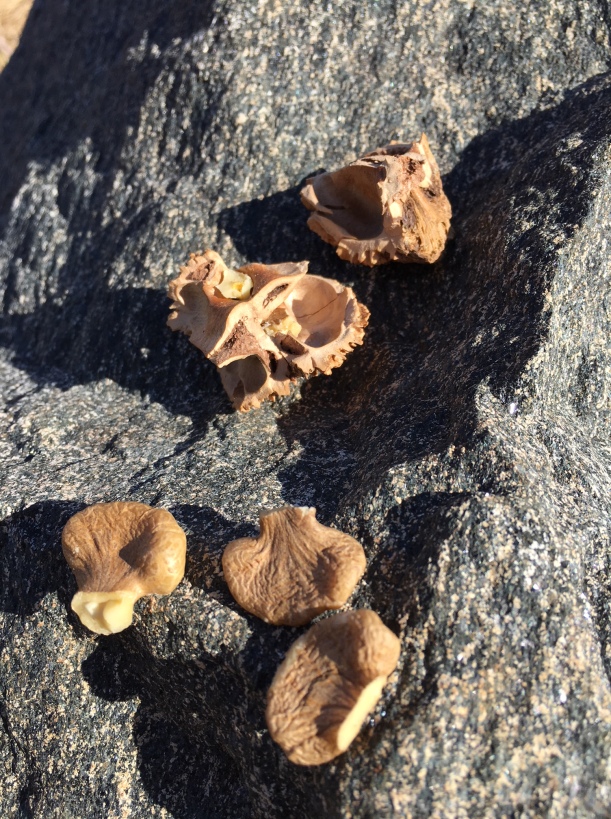 Oil infusions are a great way to extend and preserve so many flavours. I have done this with several wild ingredients, most recently balsam fir, and it proves to be a most economical way to stock your pantry with gourmet ingredients.

This oil can also be made with English walnuts, but I would use about twice as much since the milder flavour is less aromatic. It is best to use a light flavoured oil, nothing as strong as olive oil but rather sunflower, rapeseed or avocado. I used the latter.

Begin by lightly toasting 1/3 cup walnuts, then grind them. Heat 1 1/2 cups oil until it’s just hot and then turn it off. Do not bring it to a boil. Add the toasted walnuts and leave for one day. Strain off the oil through a fine filter and store in the fridge. It can be used full strength for dressings, roasting vegetables and any other way you would use a nut oil. 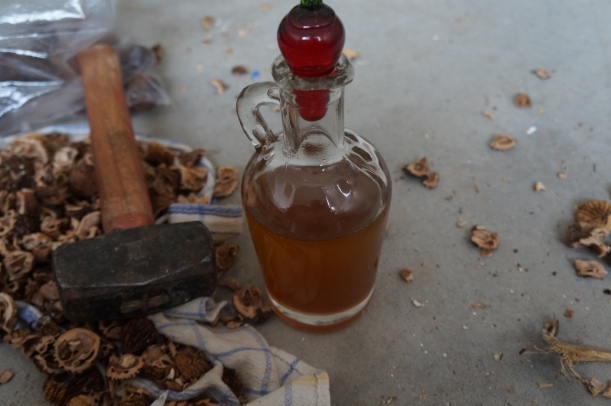 Of course, after straining the oil I was left with a small amount of ground nuts in oil which I was loathe to just toss. I considered many ideas, e.g. pesto, creamed walnut soup, homemade pasta or just baking. I finally settled on scones flavoured also with maple since we are in full syrup season.

Mix the first four ingredients together and work in the oil nut mixture until you get a crumbly texture. In a separate bowl, combine the milk or yogurt with the cream of tartar and maple syrup. Add to the flour mixture immediately and mix until well combined. Form it into a ball and roll it out to about a 9 inch (diameter) circle. Score the surface to mark serving sized pieces. Bake at 425 F for about 18 minutes.

When coolish, you can add a glaze of maple syrup mixed with enough icing sugar to make it the right consistency. 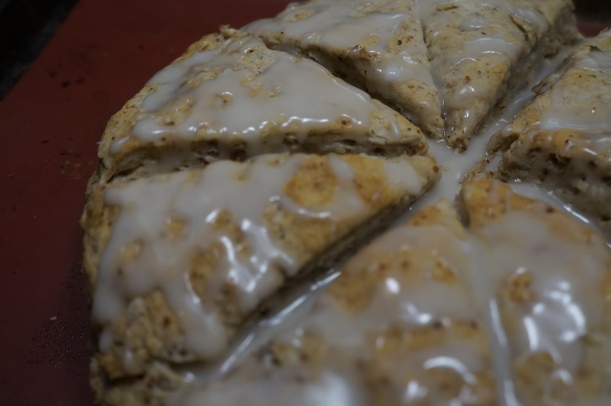 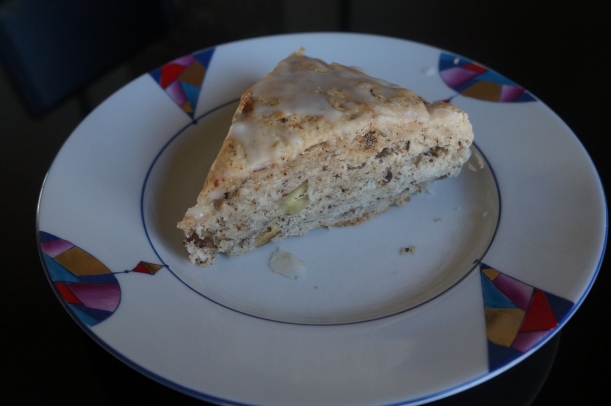 This is perhaps my favourite scone to date. The flavour of the walnuts came through well but was not too strong, and mixing the products of two of my favourite trees a total success.

Linked to: Fiesta Friday #216; Petra at Food Eat Love; Zeba at Food for the Soul