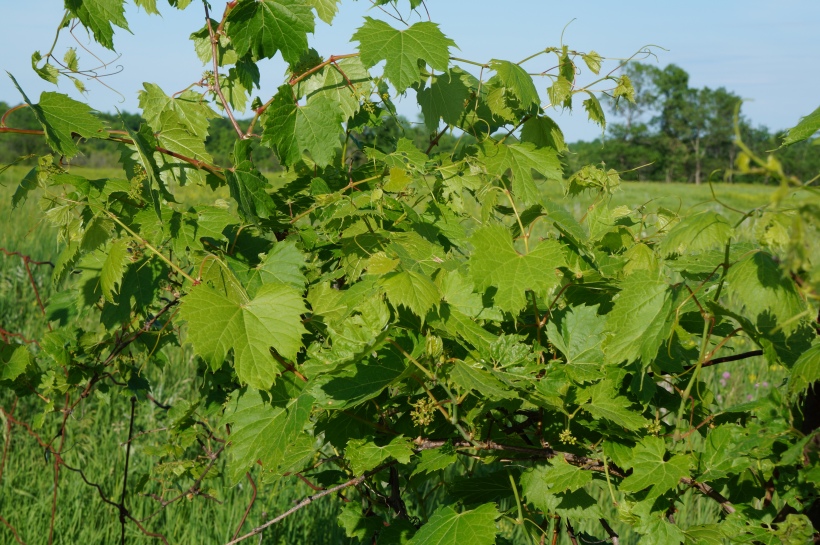 This is the best time of year to collect wild grape leaves – or any grape leaves – but for this blog, I only consider the wild varieties. I haven’t had time to come up with any new recipes for this year, but decided to write on foraging them without delay so you can start collecting them and storing them to use in the months to come.

Grapes, particularly the wild variety, have been touted as a superfood, high in antioxidants among other things. However, the leaves also offer a wide range of nutrients, including omega-3 fatty acids, antioxidants, magnesium and calcium.

They grow in super abundance in hedgerows, roadsides, and untended lots – even in the cities. They occur in every part of the world, excluding the Antarctica, so while your vines might not be identical to mine, you are bound to have some growing somewhere in the area no matter where you live.

Be sure to identify them properly, as with any wild food. In this area, there is one toxic look-alike called the common or Canadian moonweed (menispermum Canadense). Its fruit differs from the grape in that it has one crescent shaped seed, while the grape has several round ones. Before the fruit appears, they are distinguishable from the grape because the moonweed does not have tendrils, whereas the grape has tendrils which it uses to climb most commonly around trees and fences. 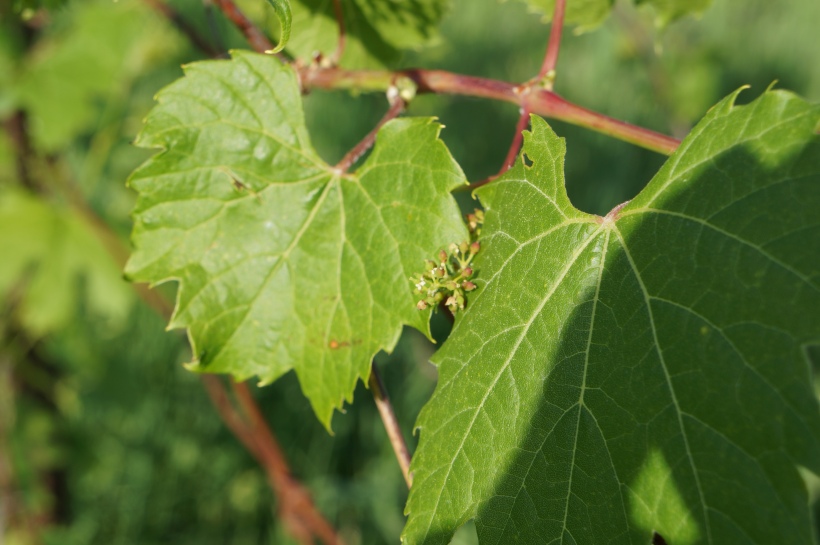 Since I have started cooking with them, I have been surprised at how many uses they have. They are often added to pickles to retain the crispness of the vegetable. A few leaves in a pot of rice adds a good flavour as well as nutrition The recipes featured in my blog over the last year are:

To gather, pick unblemished leaves from plants which are not contaminated by pesticides or chemicals (near a busy road or railway tracks). Blanche them in boiling water just  until they wilt. Shake them dry and pile them neatly. Store and freeze in plastic bags. The younger light-coloured ones can be used fresh in a salad.