Where we live is well-known by many in Ontario for its abundance of Allium Tricoccum, otherwise known as ramps, wild leeks or wild garlic. Until this year, I never knew where to find them, and worried that if I did, I would be contributing to the over-harvesting I hear is threatening their survival. In fact, they have been so popular in some places that they are considered an endangered species and collecting them is restricted. Even where such restrictions do not apply, it is advisable to restrict oneself in public areas. So when invited by a friend to go foraging on her property where they grow rampant, and no other foragers compete, I couldn’t resist. 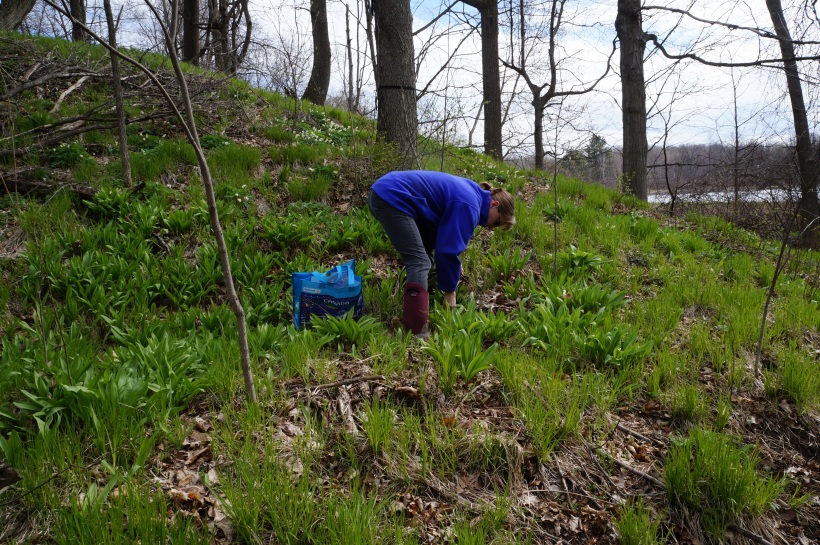 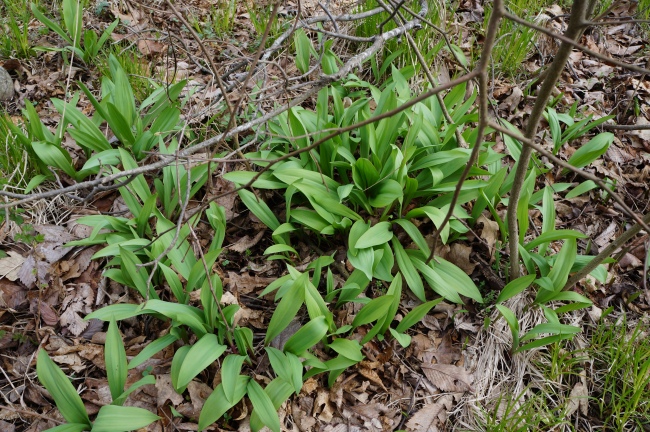 They usually grow in woody areas, in clumps which are rooted firmly near the surface. Their broad, smooth leaves, often with a burgundy rim on the lower stems, and a scallion-like stem and bulb make them easy to identify, but if unsure, just rub a little of the leaf between your fingers and take a whiff – they have a distinct garlic-onion smell. The entire plant is edible, and the green part much more tender than the cultivated leek. To avoid over-harvesting, it is possible to pick just the leaf – one or two from each plant.

Ramps are easily used in any recipe calling for scallions, and go particularly well with eggs. For my first dish I prepared an omelette by lightly sauteing 100 grams of whole leeks with 1 minced clove of garlic in 2 Tbsp of olive oil. I added to that a mixture of 6 eggs, 50 grams (or 1/2 cup) freshly grated parmesan and 6 Tbsp of cold water. Once cooked almost through on one side, I placed it under a broiler on a rack about 8 inches from the element until the top was done.

If you don’t live in a wild leek area, or choose not to go foraging, you might find some ramps on sale at your local farmers’ market or a grocer’s. They won’t be around for long, so get them while you can. They can be frozen after only air drying or steaming lightly so that you can enjoy them later in the year.