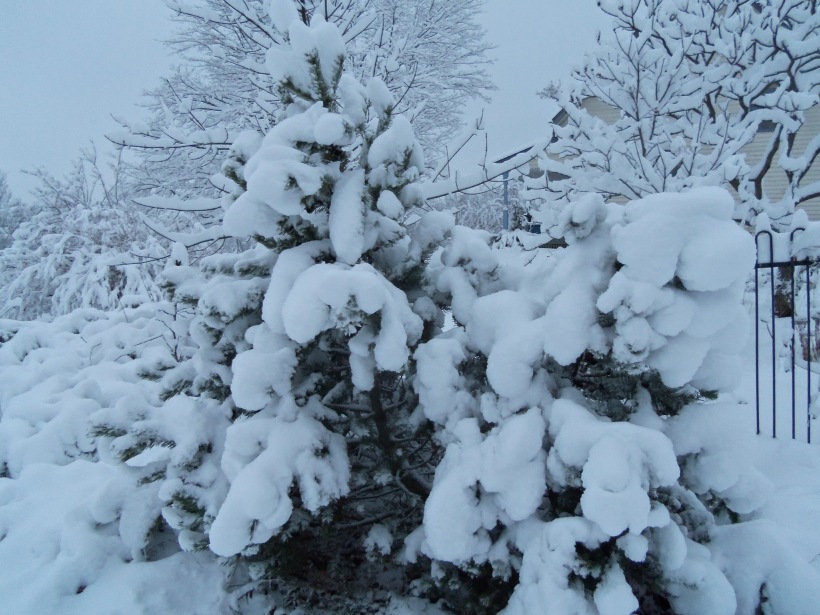 I was recently in a restaurant in Ottawa (Union) where I was served a delectable cocktail made of some kind of evergreen (I think it was pine but my dinner partner says it was balsam). At any rate, it motivated me to try my hand at using evergreens, only ever considered an essential part of Christmas decorations, in edible form. Be cautious however, as those trees you get at supermarkets are likely doused with some sort of pesticide or other chemicals. There are still plenty of pristine greens elsewhere, so there is lots of material to experiment with. 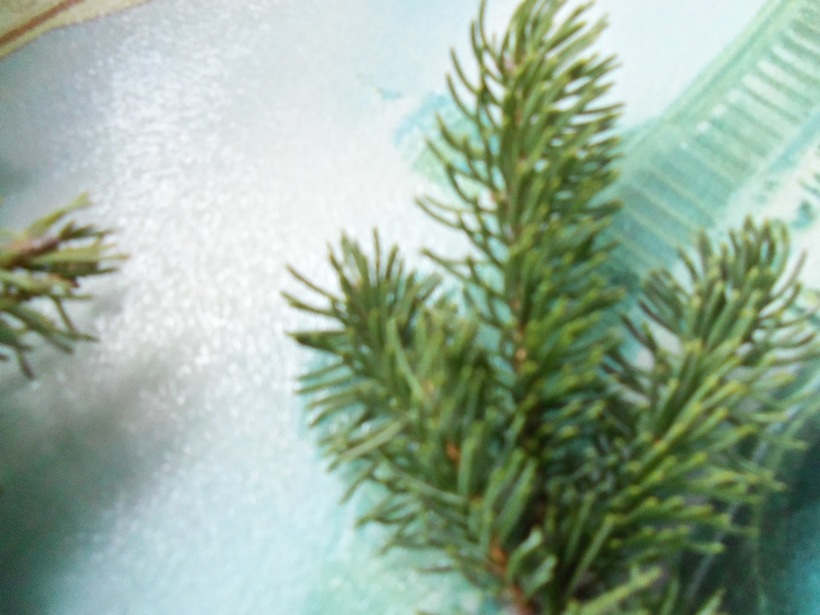 My first experiment was with a spruce infused vodka. On its own, it is very strong, and a little too antiseptic tasting. However, in an attempt to imitate the flavour I experienced in Ottawa, I used honey, lemon and soda to make a very palatable winter cocktail.

While thinking of healthful, seasonal drinks, I cam across recipes for tea one of which I have copied below. I used white spruce which is easy to find around here and the easiest evergreen to identify. It has long, soft needles, in bunches of five. High in vitamin C, it works as an expectorant, decongestant, and can be used as  an antiseptic.

Remove the little brown bit at the base of the needles. Chop the pine needles and put in a cup. Pour boiling water over them and let sit for about five minutes. The brew is quite bland, with a gentle pine flavour. You could mix it with other green teas, or add a little lemon or lime to give it a little more oomph.

My next experiment was the most seasonal and festive. I made cookies using dried, powdered white pine needles. I dried them in the dehydrator, but you can do them in the oven at the lowest possible temperature. They are ready once they crumble when squished.

Mix them by hand, creaming the butter, sugar and egg first and then adding the dry ingredients, OR just mix them in the food processor in the same order, adding the salt at the end.

Wrap in plastic or parchment paper and leave in the refrigerator for 1-2 hours. Roll out on a floured surface to about 1/4 inch thickness and cut into shapes. Bake at 350 F for about 7 minutes (depending on thickness). Cool and decorate.

These cookies have a wonderful flavour, mellow but distinctive. They do benefit from a sweet decoration, and you can use your favourite recipe here. I made icing with lemon balm which I had minced with oil and frozen. The flavour was surprisingly lemony, and the colour was a soft, natural green which I much prefer to the stronger artificial flavours. So now I know what I will do with the masses of lemon balm I have growing outside my back door. 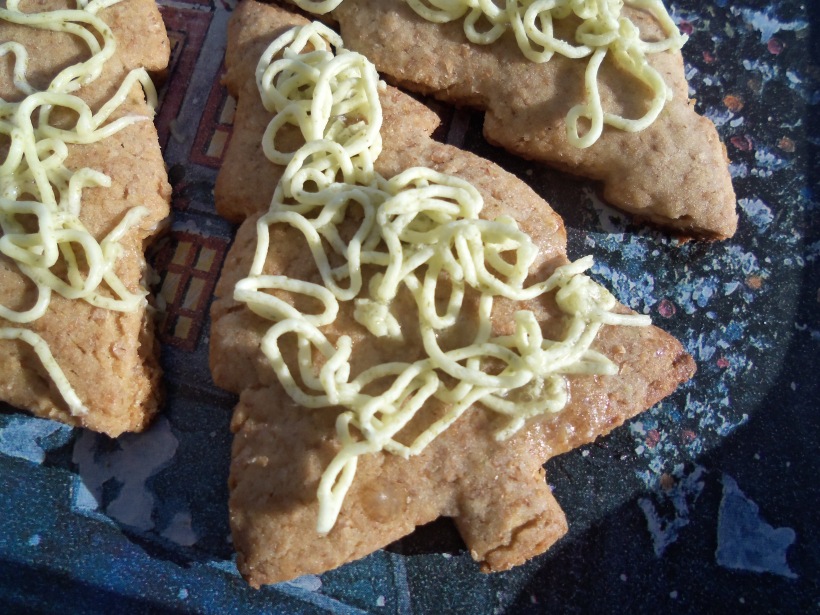 8 thoughts on “The Edible Christmas Tree”